Remove the appendix – or not? Medicine’s understanding of the organ has changed 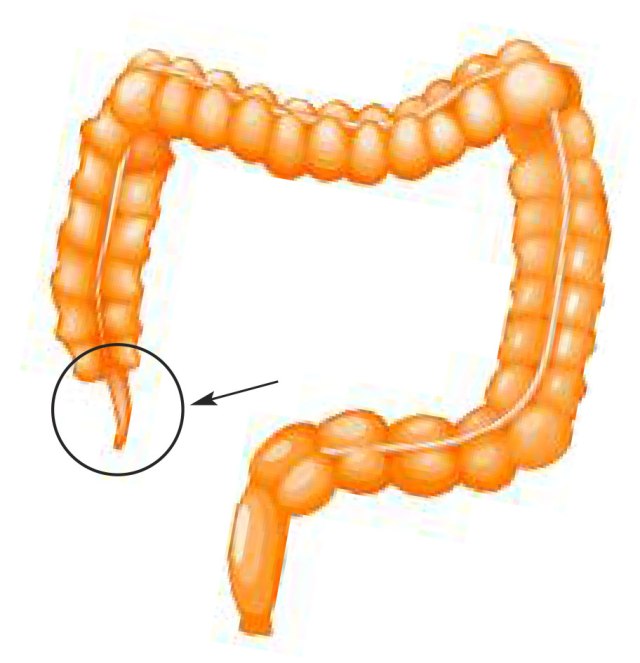 The appendix, shown in the circled area, is a pouch near where the large and small intestines meet. It varies in size from person to person but may range from less than an inch to 6 inches in length.

The appendix for centuries has been a misunderstood organ, hanging like a tail from the junction of the large and small intestines. When it became inflamed, surgeons were quick to remove it.

Over the last decade, the number of appendectomies has decreased, partly because of a better understanding of the appendix. The organ appears to have an immunological function, since people who have an appendix are less likely to develop infections of the colon, says Moustafa Hassan, MD, an associate professor of surgery at Upstate. 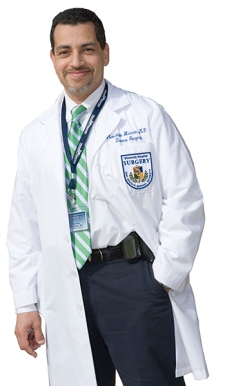 A blockage in the appendix can prompt a rapid growth of bacteria and inflammation, known as appendicitis. Symptoms may include a loss of appetite, nausea and pain around the belly button or in the right lower part of the abdomen.

Hassan says some people with appendicitis will require urgent surgery, and some will get better with just antibiotics. In some situations, an operation may be too risky.

A recent study conducted in Finland divided patients with uncomplicated appendicitis into two groups: half underwent surgery, and half only received antibiotics. Those who did not have surgery recovered well — but nearly half went on to develop appendicitis again and require surgery within the next five years.

Hassan helps his patients with appendicitis consider all factors as they decide whether removing the appendix makes sense. As he explains, “!n surgery, there is no one size fits all.”

This article appears in the winter 2019 issue of Upstate Health magazine. Click here to hear Hassan discuss the latest thinking about appendix removal in a podcast/radio interview with Upstate’s “HealthLink on Air.”