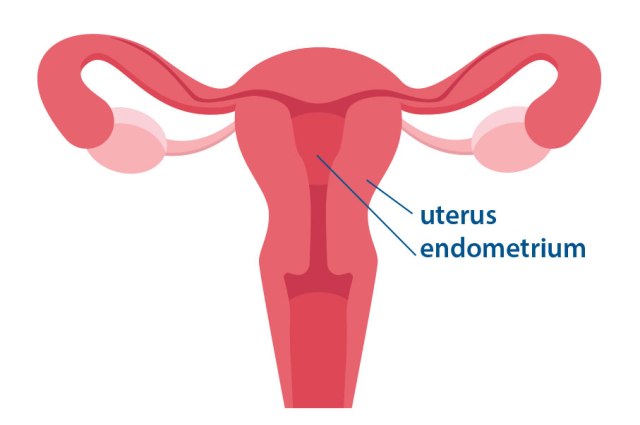 How to catch it early, be cured, reduce your risk

It doesn’t always signal cancer, but “a woman can have a little bit of spotting for a couple of days and otherwise feel fine, and that’s the only sign that there’s a cancer developing,” explains Mary Cunningham, MD, the chief of gynecologic oncology at Upstate.

About one in 30 women will develop endometrial cancer in their lifetime, typically after menopause. It begins in the endometrium, the lining of the uterus where a baby grows.

She says it’s important to contact your health care provider for any bleeding after menopause and to realize there are other, non-cancer explanations for bleeding.

If you reach your mid- to late 50s without entering menopause, Cunningham says to discuss this with your health care provider. Also, women who are premenopausal can develop endometrial cancer. A sign can be irregular periods or very heavy bleeding.

The vast majority of women with endometrial cancer can be cured with surgery to remove the uterus.

Cunningham says other treatment options, including hormonal therapy and radiation therapy, may be used for young women who are planning to have children or for older women who cannot tolerate surgery.

It’s not common, but endometrial cancer can recur in other parts of the body after surgery. Cunningham explains: “Cancers come back not because of the cells that we have removed and sent to the lab. Cancers come back because there are individual cells that are too small for us to see that have escaped from the initial area where they were located.”

Anyone who had cancer is at greater risk for developing a second cancer, so she reminds women who have been treated for endometrial cancer to remain vigilant and be screened regularly for colon cancer and breast cancer.

If you are 30 pounds overweight, your risk for developing endometrial cancer is tripled.

That’s because “the hormones that are in your body are converted into estrogen in fat cells. So the more fat cells you have, the more estrogens your body is producing,” says Cunningham.

“Endometrial cancers are often related to the level of estrogen in the body.”

She says maintaining a healthy weight is the best way to reduce your risk.

However, not all women with endometrial cancer are overweight.

Another factor that increases risk is an inherited gene that may cause endometrial cancer or colon cancer. If you have biological relatives with either of these cancers, particularly at young ages, be aware of your increased risk.

This article is from the spring 2020 issue of Cancer Care magazine.

This entry was posted in cancer, health care, women's health/gynecology. Bookmark the permalink.
%d bloggers like this: